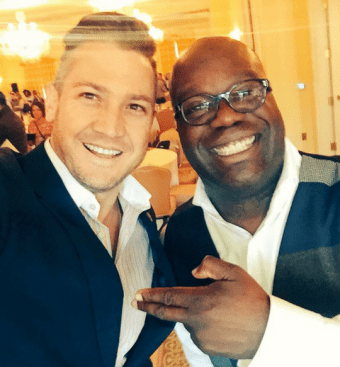 The goal of The Introducer magazine is simply to help those game changers who are making the world a better place to expand their impact.  We measure our own impact by the quality of meaningful connections we help them make to get to that result.  To understand how we do that, you need to understand how the magazine is connected to its companion network.  Here’s the flow:

The Introducer magazine is the first international facilitated business networking magazine focused on social impact. With the goal of instigating meaningful conversations between featured game changers, this is the vehicle for interactions that lead to expansion of impact-related business.

THE MAGAZINE IS JUST THE BEGINNING…THEN…

The Frontrunners League of Social Impact Innovation takes up where The Introducer leaves off.   It is a curated network of game-changing innovators, diplomats, thought leaders, researchers, and social-enterprise leaders.  This membership-based League becomes the place of action — where facilitated introductions are orchestrated aimed at developing business.

You can visit our timeline on development here.  You’ll find info to join here.

So, now that you know our real secret goal is to gather the most talented innovators and problems solvers in the world and move them toward people and opportunities that expand on what they are doing, we can share just a bit of what’s been happening with those we’ve been spotlighting in the magazine and those who are members of the League.

“As a result of the Introducer magazine, several large organizations have reached out to congratulate me and as a result of that, I have been able to schedule either virtual or face-to-face meetings with them. Since the release of the magazine, I have been able to meet virtually with the Game Changer featured in the same edition, Tim Fitzpatrick.  Currently, this has expanded my LinkedIn network and I have connected with hundreds of new people online. Through these introductions and discussions, I have new clients.”

“I am deeply grateful for the connection to the US CDehamber of Commerce after being showcased in the Introducer. Their efforts in Re-skilling the Workforce deeply aligns with how I foresee Blockchain enabling micro-credentialing in education. In turn, I have already connected the USCOC with others in EdTech that can help them attain their vision. Thank you, Mary, for your efforts!”