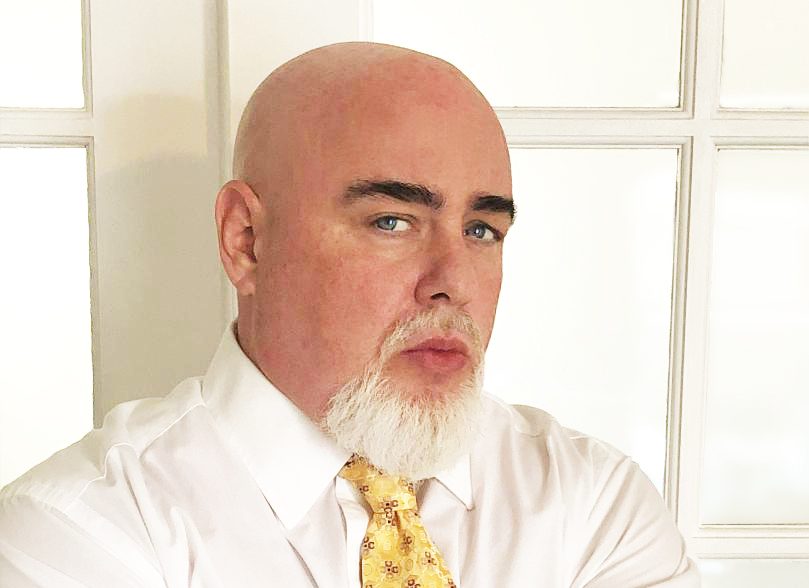 Mr. Vin Lee is the CEO of family office Grand Metropolitan founded in Beverly Hills, CA. The group specializes in acquiring distressed assets and brands within the luxury goods industries with a primary focus on jewelry and home furnishings.  Over the last three decades, Grand Metropolitan has accumulated a portfolio of over 100 luxury brands including 7 billion-dollar banners as well as dozens of hundred-million-dollar ones. In addition, the company has consolidated all online operations into its own exclusive digital platform Lichtensteins Department Store.

Finlay Fine Jewelers and Heilig-Meyers Furniture have each been leading employers and influences in their industries and communities for over a century with more than $200 billion in cumulative revenue including 20 of the Top 50 retail brands in each industry during that time. Heilig-Meyers has a deep history of raising tens of millions of dollars for charity including Cystic Fibrosis.

Grand Metropolitan has multiple specialty businesses including Gallery Rodeo, Beverly Hills Cigar Club, and Pushkin Caviar. These operations are very invested in the charity circuit participating in VIP events and fundraising for organizations around the globe.

I asked Vin a few questions in order to share more insight into how his Family Office participates and promotes philanthropy.

Q: It might be hard for some to imagine that the “King of Luxury” has a legacy mission, but, what one challenge would you say you’ve been working on that will become your impact legacy?

A:  That generous moniker was given to me by Beverly Hills Magazine. I believe it was meant to imply more of a local title than appropriate for the world stage. Certainly, there are several leaders with far more influential organizations in South Africa and France, but in the US we are well represented. Originally, our mission was to create an American Luxury Group.  Unlike our international contemporaries LVMH (Moët Hennessy – Louis Vuitton SE), Kering, and Richemont, we are a privately-held entity. When that terrible tragedy befell Notre Dame in Paris earlier this year, Bernard Arnault, CEO of LVMH, was the first one to step up with a €200 million gift of support. Immediately, Kering CEO François-Henri Pinault offered €100 million. Now, granted these organizations are run by family dynasties that far eclipse our own. We are still first-generation and very young.

All of our personal equity is invested in Grand Metropolitan.  But, fortunately, many of our assets have been creating a positive impact on communities across North America for as much as 200 years. Our jewelers are consistently active in their local municipalities by donating babbles throughout the year to charities, events, and auctions of all kinds. In addition, it is part of our mission to be an advocate for the diamond and precious metals industries, not just simply for the retail jeweler networks. We are proud supporters of transparency and sustainability in the sourcing of all our products, whether it is caviar, tobacco, or diamonds and gold.  Heilig-Meyers Furniture, while also being a lead employer, has been actively raising money and awareness for Cystic Fibrosis for decades. Through ownership then sponsorship of a NASCAR team as well as other national events, the company, and its 30 furniture retail brands have participated in tens of millions of dollars for this vital cause.  Throughout our history, many of these brands have a long-standing reputation for support and giving. We try and replicate those same principals today carrying forward a tradition we are proud of.

“Our private showrooms in Bel Air for events like the Oscars and Emmys. By appointment only. We usually know a week in advance and have it catered to the celebrities tastes as well as lots of security. We bought one of the premier private jewelers off of Rodeo Drive and relocated them to this location. The clients appreciate the discreet and relaxed environment.” Vin Lee

Even though we are offering goods and services to thousands of communities, we are also residents and participants as well. These are our hometowns and families.  One of the things that made Glick Furniture Company so successful, grow quickly, move ahead, and become the leading furniture company, was in 1913 there was a flood in Columbus, in the bottoms on the west side. Thousands of people were left homeless. Their houses were flooded, the furniture was ruined. Many of those people were customers of our company who had purchased on credit. We ran an ad in the newspaper to make an announcement to all the good customers, to consider their bill paid in full. As soon as they got back on their feet, come in and pick out some more furniture, and we’d refinance the new purchase.  That gesture was so notarized, and it spread throughout the city, what the Glick Furniture Company did for its customers, that it just zoomed business tremendously over the next few years. A century later, we follow that example in natural disasters affecting our families and friends. Our first high profile participation was the benefit George Clooney gave for the 2004 Indian Ocean Tsunami Aid victims with Madonna.

Q: What other problems do you see in the world that have gotten your attention and support?

A:  My goodness the list is endless and growing daily. Of course, we are more focused on the challenges that affect our brands, vendors, and suppliers over the general population. We feel with our leadership position in these industries we can have more influence and positive impact in events we are directly related. There is an exhaustive list of components and raw materials that go into creating the goods and services that Grand Metropolitan offers. It really started for me with blood diamonds. As we have added more brands to our portfolio it has increased our ability to direct standards and practices within our industry. It is vital to the story behind our products not just who they inspired but who perspired in the creation process.  Mainly, we want to create experiences that people aspire too. Henry Ford famously stated he wanted to create an automobile affordable to everyone in America, especially his own employees. Our mission is to, of course, take care of the families that make up our own organization, vendors, and suppliers, protecting those that work so hard to bring diamonds, tobacco, and fine furnishings to the world.

Q: Do you coordinate efforts with others to make a difference? If so, who?

A:  That’s a very good question. As a luxury goods conglomerate, we are very active on the charity circuit participating and hosting hundreds of events per year around the world. Much of these are very high profile and allow us to employ our goods, like cigars, caviar, fine art, or jewelry for the parties or auctions to assist in raising money. From Monaco to Miami, there are events every night of the year and dozens on holidays. You can always find a way to help others. Even if you are not catering to the “Rich & Famous,” your time can be just as valuable as anything you may have in your wallet to give.

Q: A Family Office has the capacity to draw up lots of resources that could be directed toward social impact work. Do you have clients that feel they also have a legacy mission? If so, can share some of their interests?

A:  As a Family Office, Grand Metropolitan strictly addresses my immediate family interests. I know there is a movement in the space to pool resources with other families or even extensions of your own family.  Even though Grand Metropolitan and its assets have been around a very long time, some even centuries, my management is still very young. I am reticent about broadcasting our efforts too much to others in our community. Today’s society has become so polarized and politicized that almost every topic and cause has divided people in ways not previously conceived. One has to be as careful with who you help as who you share that information so as not to offend or isolate others.

Q: As a philanthropist, what is your philosophy or policy around sharing your wealth?

A:  As I am approaching 50, this is the milestone where that topic has become more and more pressing. My parents are in their 80s and you start to consider your own mortality and legacy. In 30 years of running this organization, I personally have never taken a dime out of Grand Metropolitan. Every dollar we have earned has always gone back into growth and keeping the lights on. For now, we have so much more to accomplish. I hope I have enough life left to see it through.  Warren Buffett and Bill Gates have been championing the Giving Pledge for many years. This commitment of giving the majority of your wealth away to philanthropic efforts rather than passing it down to heirs has drawn over 200 signatories. Warren just announced this year’s gift of $3.6 billion in Berkshire Hathaway shares.  Mexican billionaire Carlos Slim Helu has a differing point of view.  “Many of the problems will be solved by business activity and development,” he said in 2011, adding that “Charity doesn’t solve poverty. How much charity has been done in the past years? Trillions of dollars.” Slim has suggested that it is more beneficial to the communities he serves to maintain his organization as a leading employer for hundreds of thousands of families around the world than to break it up. He has also given away almost $5 billion in dividends since 2006 to dozens of charities and efforts. I believe that teaching a man how to fish far outweighs the benefits of simply feeding him. One’s efforts, both in his lifetime and afterward, should be directed towards empowering people in their own lives through inspiration, education, and entrepreneurship.