Dr. Armstrong has produced more than 510 peer-reviewed research papers in dozens of scholarly medical journals as well as over 90 book chapters. He is co-editor of the American Diabetes Association’s (ADA) “Clinical Care of the Diabetic Foot”, now in its third edition.

Armstrong was appointed Deputy Director of Arizona’s Center for Accelerated Biomedical Innovation (ACABI) and co-founder of its “augmented human” initiative, which places him at the nexus of the merger of consumer electronics, wearables, and medical devices.

Dr. Armstrong was selected as one of the first six International Wound Care Ambassadors and is the recipient of numerous awards and degrees by universities and international medical organizations including the inaugural Georgetown Distinguished Award for Diabetic Limb Salvage. In 2008, he was the 25th and youngest-ever member elected into the Podiatric Medicine Hall of Fame. He was the first surgeon to be appointed University Distinguished Outreach Professor at the University of Arizona. He was the first podiatric surgeon to become a member of the Society of Vascular Surgery and the first US podiatric surgeon named fellow of the Royal College of Surgeons, Glasgow. He is the 2010 and youngest ever recipient of the ADA’s Roger Pecoraro Award, the highest award given in the field.

Dr. Armstrong is past Chair of Scientific Sessions for the ADA’s Foot Care Council, and a past member of the National Board of Directors of the American Diabetes Association as well as a former commissioner with the Illinois State Diabetes Commission. He sits on the Infectious Disease Society of America’s (IDSA) Diabetic Foot Infection Advisory Committee and is the US-appointed delegate to the International Working Group on the Diabetic Foot (IWGDF). Dr. Armstrong is the founder and co-chair of the International Diabetic Foot Conference (DF-Con), the largest annual international symposium on the diabetic foot in the world.  (More at Keck School of Medicine, USC)

Q: Can you explain the passion you have for working on feet?

A: I’m a foot doctor and work on the end of the body. We live out of the end of the body. I am gifted with a unique perspective on our anatomic peninsula – I can hang out or collaborate with the anatomic “mainland.” Every 1.2 seconds, someone gets a diabetic foot ulcer; 50% of those will become infected. In the US, two million of those with wounds developing (once infected) will be hospitalized. Five percent will go to amputation and half of those will be dead within five years. Just to note, amputees don’t die from amputations; they die of a stroke or heart failure because they don’t get out of bed. Nobody is talking about these things. Diabetes is more expensive than the 5 most expensive cancers. This has a profound human effect.

Q: Why is the foot ulcer so devastating to diabetics?

A: It’s quiet, like the rest of diabetes. It is sinister in how it causes decay until it creates an urgent complication. It’s a disparity within a disparity. Right now, we are starting to see some reduction in the high levels of amputations around the world. Some data suggests that it may be flattening out, including the US. But, while we are seeing fewer amputations, we are seeing a dramatic increase in ulcers. The equivalent in cancer is the reduction in deaths, but the increase in cancer occurrences.

Q: What innovations are out that can help treat or prevent ulcers and infections?

A: Over the last several years there have been some big advances. There are devices that deliver medicine like cancer patients have to get chemo “on the fly.” Recent studies are also showing that certain kinds of biologic properties like those found in amnion and chorion membrane can be used to treat wounds-it creates an immune effect. There’s blood-spiking using the patient’s own blood and placing a wafer of that into the wound that has promise. Still working on studies. I’ve attended a recent meeting on an FDA fast-track study on gene therapy – first ever in high-risk extremities on people with vascular disease and wounds. Potential start in 2020. We’re seeing smart socks, an award-winning product from Sirencare.com. There’s the Motus Smart Boot by Sensoria Health and Optima Molliter that monitors wounds and coaxes patients to adherence for care. The smart boot won an innovation award at CES 2019. There’s a smart bath mat by Podimetics that helps to track temperature changes in the feet.  And, there’s more coming along.

Q: What is the most important factor to help diabetics facing foot problems?

A: A team approach is critical. The problem starts and ends with a team. We’ve been talking with Blue Shield California about scaling the team approach worldwide. Each member of the team cares deeply about what they handle…the doctoring, nursing, applying technology, and education. The clinician cares about the program and figures out who can do what. We have studies that have looked at other studies recently – a systematic review, and the team approach has a dramatic impact on high-level amputations. Patients developing foot problems should get a team dedicated to amputation prevention. I advise patients to take their socks off. If they do that, a doctor will definitely pay attention. If they see that first doctor at least once a year and another team member the same way, they decrease their risk for amputation by 20% on the low end up to 80% over a 2-5 year period. If this task of regularly seeing a team were a drug, it would be a blockbuster with those impact numbers. But, what happens when you heal a person? After healing a diabetic foot ulcer, 40% will see a recurrence within one year. Two-thirds will see a recurrence within 3 years and then three-quarters will see recurrence within 5 years. So, patients aren’t really healed…they are in remission. When another ulcer presents, what we try to do is make that wound minor and as insignificant as possible. We want as many ulcer-free days, fewer hospital stays, and more activity-rich days as we can make happen. The best surgery is the one we never had to do. 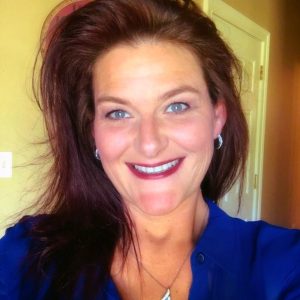