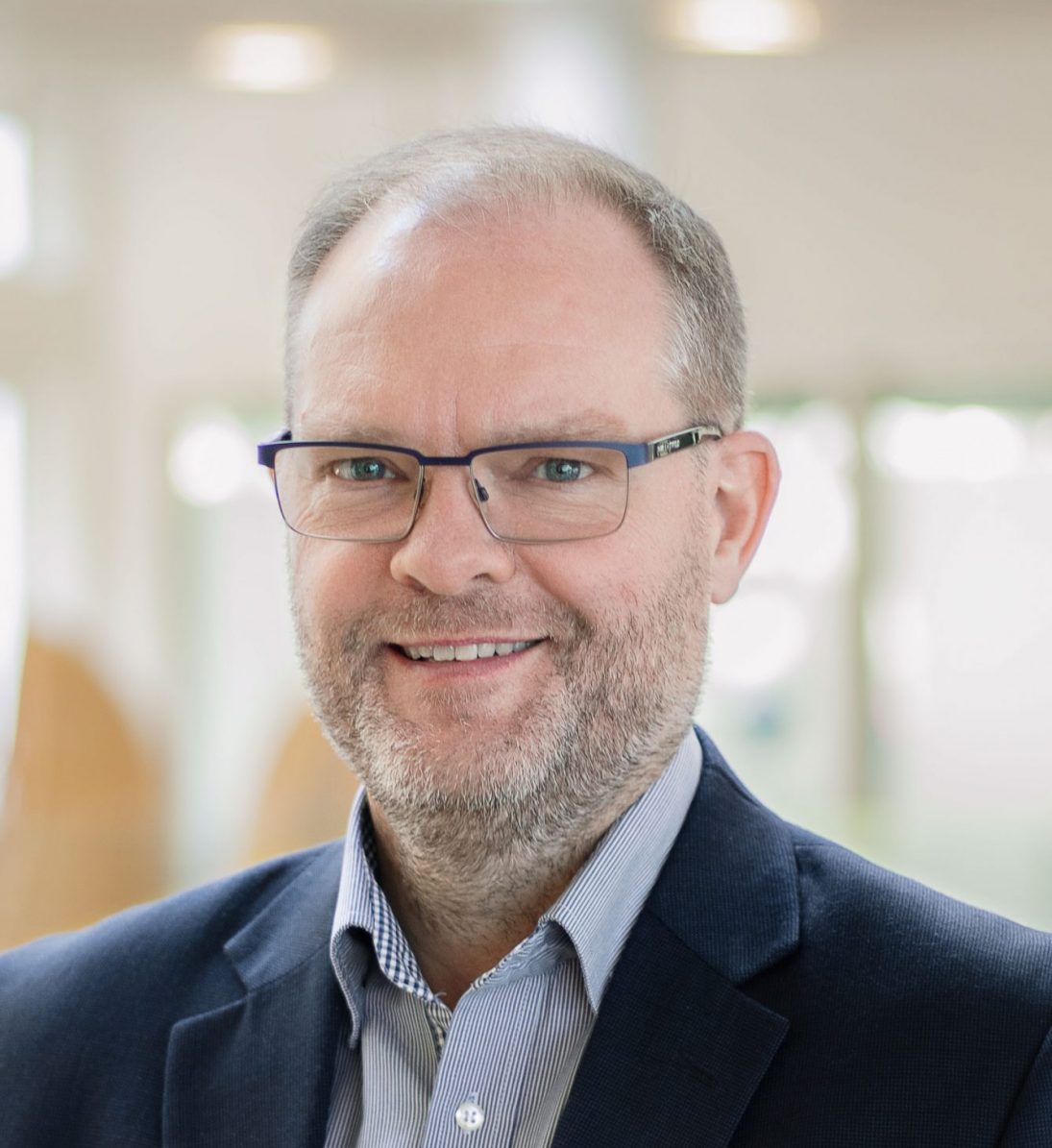 The potential for robots to safely perform environmental cleanup tasks from ocean floors to hospital sterile spaces is boundless. Potential applications are still being explored and implemented around the globe. Among the chief pioneers of this frontier, making great strides toward helping to make the world a cleaner place in the most fundamental ways and moving exploration to implementation, is Co-Founder and CEO of Blue Ocean Robotics and Chairman of the Board of Directors of UVD Robotics, Claus Risager.

Claus has a B.Sc. in computer science (ICT), M.Sc. in applied mathematics, Ph.D. in robotics and artificial intelligence (AI).  He has more than 30 years of experience (since 1988) in robotics with expertise in research, development, and innovation. Claus created one of Europe’s largest robotics innovator companies with more than 80 experts. He is an experienced leader of robotic companies in Denmark and the USA and has given more than 200 talks about robotics.  He formerly held international positions at IFR and EURON/EUROP.  He is a Co-organiser of RoboBusiness Europe.  (There’s more – see Linkedin profile link under “Contact” below.)

We recently had an opportunity to speak with Claus regarding some of the innovations in implementation and under research through Blue Ocean Robotics, as well as the impacts some of these technologies stand to have on helping to keep ourselves and our healthcare sector safer and healthier.

Q:  Please share with us how UV disrupts the bacteria that cause infections on surfaces.  Is the use of UV 100%? 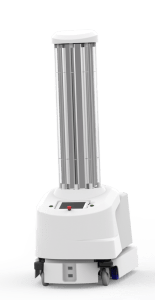 A:  With UVD Robots we have combined the latest mobile robot and sensor technologies with a UV top module. The robot uses concentrated UV-C light to destroy bacteria, viruses, and other harmful microbes. In fact, UV-C light destroys the DNA of bacteria and viruses making it impossible for them to replicate, thus killing them. By using the robot, the general occurrence (surface density) of bacteria can be greatly reduced. The robot kills 99.99% of all bacteria in a room.

Q:  How does the use of robots, such as the UVD device or others that you produce, positively impact
the environment?

A:  UVD Robots help the healthcare sector by preventing the spread of infections by eradicating harmful bacteria, viruses, and superbugs, thereby making the healthcare environment safer for patients as well as personnel. It is currently being used in over 50 countries.

GoBe Robots, which are telepresence robots, allow you to be present in production areas, patient rooms, meeting rooms, etc. without having to drive or take a flight to be there. In that way, it aids in reducing the carbon footprint and CO2 emissions. It is also used to enable remote inspection of patients. Recently, it was used at the Alexandra Hospital in Singapore for remotely inspecting corona patients.

Q:  Operating in a space utilizing robots as assistive devices in healthcare, you’re in a great position to provide frontline insight. So, what’s yet to come that could be meaningful in battling the current COVID-19 pandemic, as well as future pandemics or disaster situations?

So, the three robots UVD Robots, GoBe Robots, and PTR Robots, are all used in the healthcare sectors, and, especially UVD Robots and GoBe Robots, are interesting in a pandemic situation, such as the one we are in now. Hospitals all over the world use the UVD Robot for disinfection while the GoBe Robot is used as a way to communicate with patients without the doctor or nurse having to be in the room (thus minimizing infection spread).

We can’t comment on our ongoing developments, but I can guarantee that we will keep making robots that are used for helping humans.
While the future is still being written on just how expansive the assistance of robotics will be in making healthcare safer, the present is impressive. Check out videos of Blue Ocean Robotics’ UVD Robots in action within clinical environments and how they might be utilized in other environments for which bacteria and cross-contamination are concerns. To learn more about the science behind UVD Robots and their efficacy in battling healthcare-related pathogens, check out Xenon-Pulsed vs. UVD Robots.

Organizations that are looking for technologies to reduce infection spread to keep their staff and visitors safe. That includes:

Note from Claus:  Also, in these times of corona, some of the above mentioned are not allowed to be open and those who are open need a clear plan as to how they will reduce infection spread – the same goes for the closed businesses as soon as they are allowed to open. The UVD Robot fits right into that as the UVD Robot kills viruses and reduces infection spread.