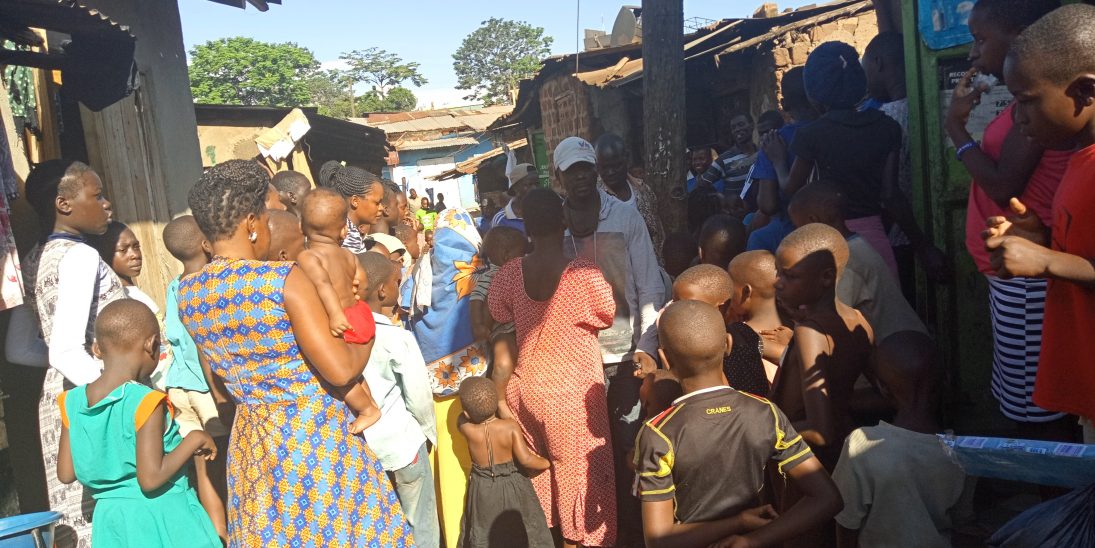 Trudy (Gertrude) Masembe works with CINTA Foundation Uganda, a registered Non-Government Organization focused on Economic Empowerment, Education support, and Youth skills training and mentorship. The organization’s focal program areas are geared to achieving Sustainable Development Goals (SDGs) 1, 4, and 8, namely No poverty, Quality education, and decent work and economic growth.  CINTA-Uganda, as it is commonly known, was born out of a vision of two women, Trudy and Christine. They had worked with various charity organizations but wished to continue making a difference in the lives of community people after their contracts wound up. At this point, CINTA-Uganda seemed to offer the opportunity of continuing their journey in community work and chasing their passion for changing
the lives of the poor and vulnerable populations.

Additionally, Trudy’s life journey full of lessons, challenges, and achievements have been a great influence when it comes to the impact she is making. Born in a rich family but unfortunately orphaned at the age of one (1), her family’s worth was reduced to the lowest of classes in terms of status and financial muscle, which eventually affected her childhood and education journey. However, she can now proudly say that, against all odds, she has managed to achieve her education and career goals.  This was largely due to the generosity and sacrifice of others who relentlessly helped her make something out of her life. So, against this background, she vowed to be a support pillar for others going through circumstances similar to hers and use everything she could put her hands on in order to make a difference in the lives of people, especially the very poor and vulnerable. 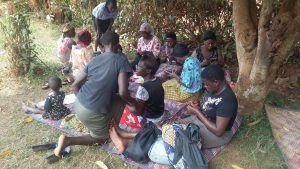 Women of Kawuga Women’s group during a crocheting session

CINTA-Uganda implements activities in (4) districts and plans to scale operations and consolidate what they’ve done before expanding. To date, CINTA has empowered 7,500 + adolescents with sexual reproductive health knowledge, re-usable sanitary kits, partnered to train farmers in proper methods of farming, supported children with scholastic materials, and partnered with Crochet4Life to train 3 women’s groups

CINTA-Uganda’s priority is to have empowered communities for holistic development which means people’s capacity in terms skills and knowledge must be built, access to credit increased, and financial stability attained. Their emphasis is supporting communities to engage in profitable Income Generating Activities (IGAs), including improved value chains while leveraging upon their potential, competence, and skills acquired to be productive. This initiative will also include the incorporation of Competence-Based Learning (CBL) for out-of-school youth and rural community members.

In the next year, the organization wants to have embarked on the implementation of a community project where 500 households should be on their journey to financial self-sufficiency and fully implementing and managing complete productive value chains. The plan also includes having five schools and two (2) community centers embrace and adopt the integration of practical business skills training into their systems. Therefore, graduating students will have sufficient knowledge and skills to join the already existing production chains and reap maximum profits/benefits. CINTA-Uganda strongly believes that community programs must not only be sustainable but with a multiplier effect that benefits a good number of the population.

Over the long term, approximately five (5) years, CINTA-Uganda wants to see an impact based and sustainable economic empowerment project with three types of fully operational production value chains that have a strong community partnership component. It is envisaged, the community empowerment project will benefit 3 million poverty-stricken households and smallholder farmers who will, in turn, impact at least 1 million school-going children by guaranteeing their education. Over the same timeframe, 6,250 children will be trained and armed with skill sets needed to start their own Income Generating Activities.  Also, 8,000 out-of-school youth and rural community members graduate from their CBL training and shall be managing productive value chains. A small revolving fund will be set aside to help them kick start their small businesses. This model will be implemented in three districts so that other donors and government agencies can learn from best practices and replicate to benefit bigger populations.

However, cultural norms are likely to be a challenge, though manageable. In some communities and cultures, men are believed to be the only ones to lead by their birthright, which makes it hard to support women to get into leadership positions, yet they are at the core of implementing initiatives. This will, therefore, require the involvement of both women and men representatives in the design of activity implementation and management to offer women the same level of command and grasp of project issues as their counterparts. 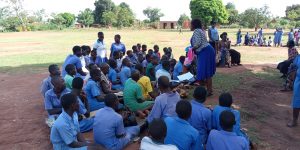 CINTA-Uganda believes their turning point will be visible when they can cement both technical and financial partnerships. Technical partners will help refine the concept and theory of change while philanthropists and grant organizations will support actual implementation by meeting activity costs. This will allow for the generation of documented evidence and proof of the success of this concept. At this point, the organization believes, other donors and government entities will pick an interest and come in to replicate at a larger scale and hence, greatly contributing to the success of this project.

Trudy, the person at the helm of management, strongly believes that, because of what she has had to endure, which spells “experience,” and what she has enjoyed, which shows “sacrifice” to others, she will continue in pursuit of her dream and passion of touching lives, especially the less privileged and vulnerable populations. 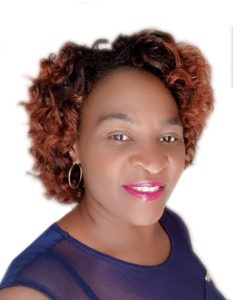 Gertrude, commonly known as Trudy, works as CEO with CINTA Foundation Uganda, which is a registered Non-Government Organization focusing on economic empowerment, education, skills training, and
mentorship for the youth. She is an executive leader with a proven management background and effective
problem-solving skills with a demonstrated ability to work in rapidly changing environments. She has
demonstrated expertise in strategic planning, organizational development, project management, and
business intelligence across diverse spaces in the development sector. She attended Makerere
University and specialized in Social Sector Planning and Management. Her passion is community
development which cuts across various sectors of the economy.