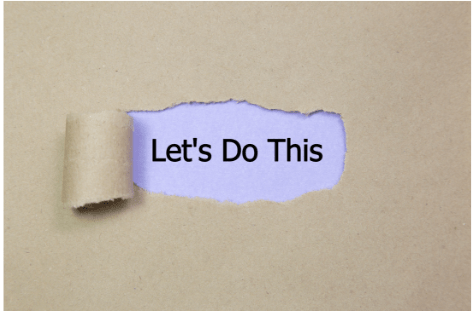 As is our practice at The Introducer Magazine, a few days following the release of an edition, we point out who we see needs to be connecting with whom in the current and previous editions.  Our goal:  stir up meaningful connections and networking that leads to the expansion of impact.  It’s that time, so here we go:

Note:  (When you click on the names, you’ll be directed to the article or edition of the magazine in which they were featured)

Jake Harriman and Sonia Sachs – (both from the 13th edition) should connect as both are working on sustainable solutions in poor areas of Africa.  They are operating differently and not necessarily under the same mission, but, they are both trying to improve conditions for people in these “fragile” areas.  They might collaborate on meshing Sonia’s basic health systems approach into Jake’s multi-pronged solution.

Also, Jake and Anthony Jackson (1st edition) might connect as Jake mentions he is desirous of contacts in the UHNW space.  Anthony has those connections.  Additionally, Jake, who wants to meet with members of the US Senate and leaders of the National Security Council, might connect with George Navadel, (currently working as a US diplomat serving in India and also featured in the 2nd edition.)  The two share a military background and George’s diplomatic service may be a supportive piece to Jake’s work with foreign governments.  Add to this Okey Enyia  (3rd edition) whose background includes work as a policy aide in both the US Senate and House and is currently a Management Analyst for US Dept. of Health and Human Services.  Okey has experience liaisoning connections in government.

Sonia Sachs (13th Edition and Jacques Kpodonu  (12th Edition – The Real Value of Health Tech) should connect.  Both are healthcare providers and have a commitment to improving healthcare in Africa…Jacques, particularly in Ghana.  From Sonia’s article “Other technology that we have piloted in the Millennium Village in Ghana is Telemedicine which has two years ago been adopted by the government as a national program.”  Jacques has an interest in telemedicine for Ghana.  Sonia may also like to contact JoAnn Castillo (3rd edition) regarding how she goes into the most remote and destitute areas of the world bringing her telemedicine program.  JoAnn has a contract with the International Red Cross and has mobile clinical support (air/ground ambulances).  Further, JoAnn has an active interest in serving Africa.

Danielle Joseph of the 13th edition shares that the Closed Loop Partners team is interested in connecting with corporate leaders of companies committed to sustainability.  She and Mark Wolf (8th edition on Smart Cities & Sustainable Development and the Special Edition on Disaster Readiness & Relief) might have an interesting conversation relative to his work with the NUF water filtration program as well as his work cleaning ocean plastics under The Pacific Collective organization.  Additionally, Danielle and Bill Sisson, the North American ED of the World Business Council for Sustainable Development (13th edition) should speak.  They share interests in a circular economy and there could be room for an interesting collaboration.  Quote from Bill’s article:  “our six “Systems Transformations” programs;  Circular Economy, Climate and Energy, Cities and Mobility, Food and Nature, People and Redefining Value.”

Greg Gilbert and Lorin Fries (both of the 13th edition) might connect.  Robin Smith’s interview with Lorin Fries brings up Lorin’s work as a strategic consultant in tech and innovation for food security and environmental regeneration” as well as her background with large NGOs on development.  Greg’s expertise in data generation and management could stir up a healthy conversation.

Dr. Abdulhamid Alkhalifa of the Opec Fund for International Development (OFID) and Daria Tataj (both of the 13th edition) should connect.  OFID has been working on large scale projects in Suriname, Turkey, and Cameroon relating to healthcare and electricity.  Daria’s credentials and work on building sustainable development to scale could be meaningful to OFID’s projects.  Additionally, a meeting with Dr. Khosrow “Nema” Nematollahi (8th edition) who is the Chairman at Advanced Renewable Power, LLC could reveal some innovative and cost-effective approaches to getting power to communities that don’t have it and make it sustainable and mobile, if needed.  If OFID has interest in purchasing hospitals in The Philippines, they should talk with JoAnn Castillo  (3rd edition) who knows of one on the market in central Manilla.  Additionally, JoAnn could share information about her telemedicine program with air/ground support.  A conversation with Osama Hashmi (4th edition) might also be a good thing relative to OFID’s interest in impact expected from the report Bridging Refugee Protection and Development.  Dr. Alkhalifa remarks “While the report builds on previously-issued policy guidance, it is based mainly on qualitative research and consultations with stakeholders in Jordan, Lebanon, and Turkey. This is because the best-placed countries to provide lessons on hosting refugees to global actors (and other host countries) are the major refugee-hosting countries themselves.”  Osama lives in Istanbul and speaks and works regularly to help this population in various depressed areas in Turkey.  He could be an excellent collaborator, especially, given in his innovation and strategic thinking talents.

Daria Tataj (13th edition) and Osama Hashmi (4th edition) would likely have a good conversation about joint interests in using innovation to build out sustainable economies and remove roadblocks to the task.  Both are authors with their own systems but, we could see the potential for collaboration where it could impact areas in need of development. For Osama to know:  Dr. Tataj played an instrumental role in re-defining the European innovation ecosystem as the founding EIT Board Member and World Economic Forum Digital Leader. Prof. Manuel Castells endorsed her book ‘Innovation and Entrepreneurship. A Growth Model for Europe Beyond the Crisis’ as ‘the fundamental, innovative book that will reshape the way we think.’

Bill Sisson, the North American ED of the World Business Council for Sustainable Development (13th edition) and Phaedra Boinodiris (6th edition) and featured contributor in Women Leaders in Blockchain  (11th edition) should connect. Phaedra is on the Blockchain Team at IBM and has a long and successful career working through innovative projects.  She’s a leader in her space and is very much a connector and appreciates working with entrepreneurs.  She could be a great asset to have in the WBCSD’s network of partners and collaborators.  For that same reason, Daria Tataj (13th edition) might also wish to connect with her.

This is by no means an all-inclusive list.  I, personally, see a few more connections that could happen, but, this is a good start.  If you are reading this and see a connection you might want to make, leave a comment.